In addition to our core capabilities, Thorski continues to pursue innovation and development in other areas, including internal product developments and industry partnerships. 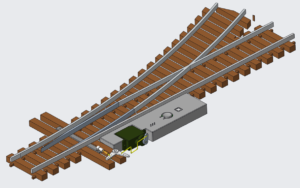 All work and no play makes for… well, you get the idea!

Thorski’s most recent R&D effort was the development of an Arduino-based DCC decoder for model railroad turnouts. The initial effort was motivated by the desire for a DCC decoder solution based on a standard and widely available microprocessor architecture. As the concept matured, it demanded significant efforts in mechanical, electrical, and software design, and brought all three together in a fun way. The end result was:

For all the details, read the design description here. 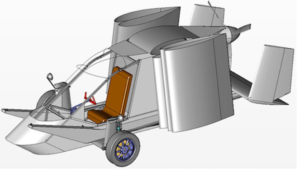 Thorski Design is an industry partner in the development of the Caravellair Roadable Aircraft, in development at Caravella Aerospace. In addition to providing engineering expertise in areas such as structural analysis, mechanism design, and vehicle dynamics, Thorski was a major contributor in the development of a high-fidelity 1/6th scale model of the vehicle. The model faithfully reproduced all of the key chassis and aerodynamic features of the prototype, including the front and rear suspension, foldable wing, collapsable tail boom, and flight control surfaces. 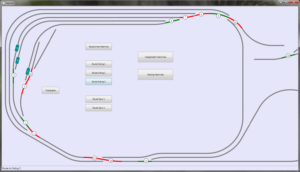 Code named BearTracks, Thorski has developed an automation and control system for model train layouts, consisting of a powerful software application and hardware interface. BearTracks redefines “Command Central” with features such as:

BearTracks is currently in the prototype and testing phases of development.